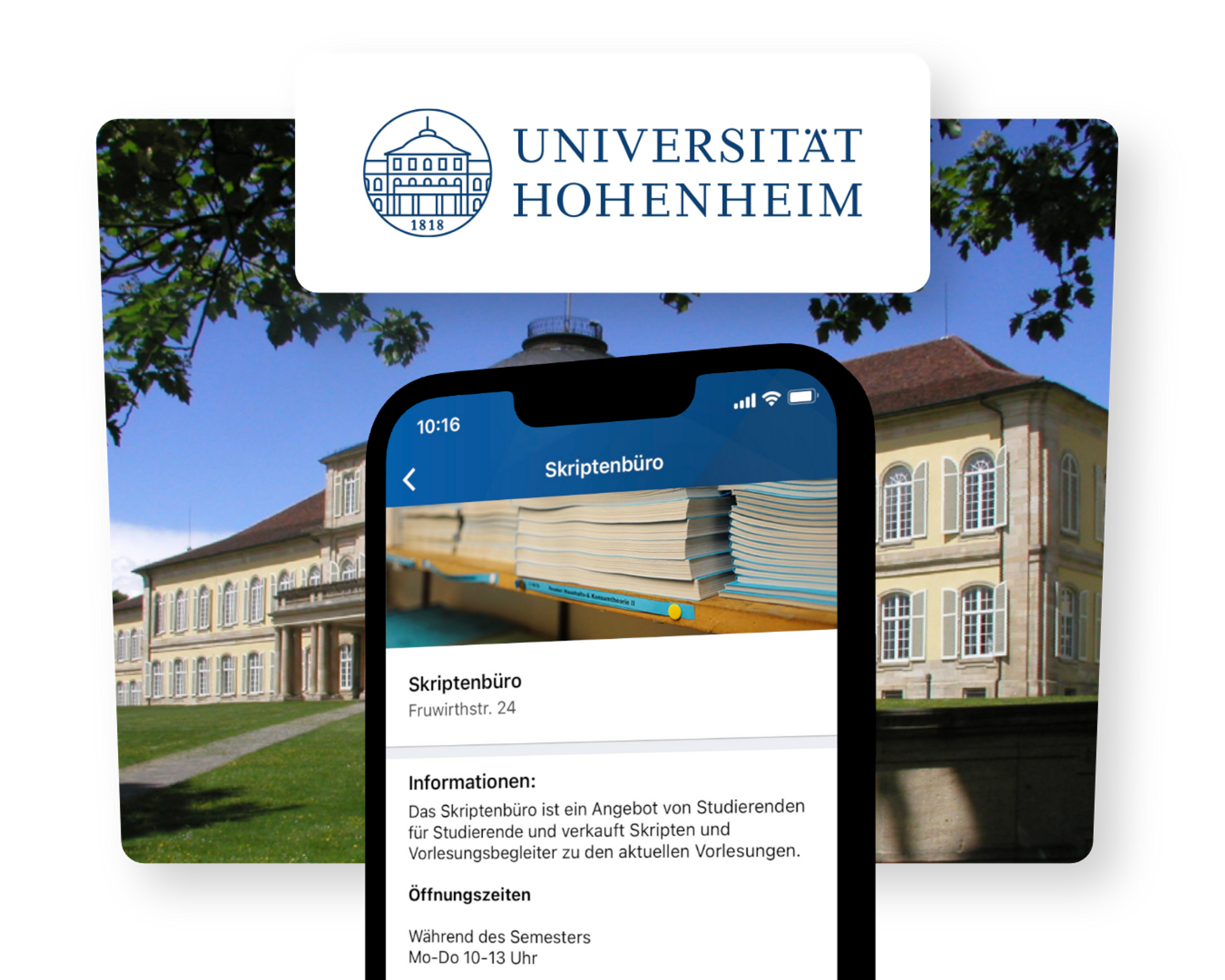 I would definitely recommend a cooperation with UniNow. We are very satisfied with the cooperation.

Use Case University of Hohenheim

The maintenance and constant upkeep of the campus app, which was developed in-house in 2011, became too extensive and no longer viable for cost reasons.

After the first contact in January 2019, special adaptations and requests were discussed without further ado, so that the app was already published in April 2019.

Among other things, a campus map, a lecture hall list, role selection and RSS news sync were adapted and implemented for the University of Hohenheim.